Okay, this is sort of an impromptu post that I decided to put together after reading a Men’s Fitness Article on strength training.  More specifically, it’s entitled “10 Ways to Lose Muscle” and is authored by Rachel Cosgrove, CSCS (ironically the best-selling author of The Female Body Breakthrough, according to her website).  The article is linked here, and I encourage you to read it before reading the rest of this post: 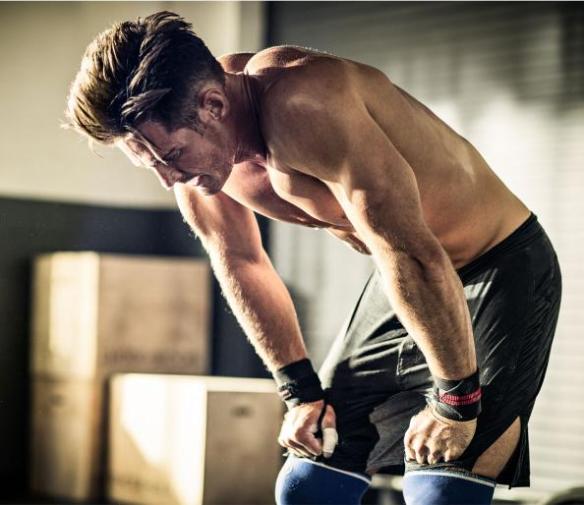 (Taken from the aforementioned article at http://www.mensfitness.com)

While some valid points are made, there are also a few areas where I believe Cosgrove actually reinforces certain misconceptions.  An uninformed reader might take a few of these oversimplifications (and in one or two cases, outright fallacies) and cause him/herself more harm than good by following them.  So forgive me if I put on my “exercise physiologist” hat for a minute, but I want to address each point made by the author of this article in order.  Here goes:

1 – YOU DON’T EAT ENOUGH (FOR FEAR OF GETTING FAT) — This is basically true. Calorie surplus is necessary for tissue anabolism (growth) to occur. Though it’s incorrect for the author to say most of what you eat is “converted to muscle,” as only a small portion will be. But in order for that small conversion to occur most effectively, you need a certain caloric surplus (and a certain minimum of carbohydrate present) to stimulate it.

2 – YOU AMP UP YOUR CARDIO — Correct basic statement in that you do work against yourself by doing too much too often. But the author is mistaken by saying that “daily cardio sessions simply burn too many cumulative calories to allow you the surplus you need for muscle mass…” as typical cardio won’t burn as many calories as most people think. Take a look at a lot of the cardio freaks that hit the treadmill religiously and still never enter enough of a caloric deficit to lose weight. Cardio can interfere with muscle gains, but it’s generally for more complicated reasons than stated here.

3 – YOU WORK TO EXHAUSTION — While a certain amount of training volume (and possibly fatigue) seem necessary for muscle growth, there are many people who commonly do too much. So this point is pretty accurate.

4 – YOU FAVOR BODY-PART WORKOUTS — I have to take issue with this point. The author makes too many assumptions about body part-focused exercises. I have seen no evidence (or logic, for that matter) to support the idea that full-body exercises will somehow prevent more injuries or catch those “problem” muscles we often ignore. In fact, non-focused exercises by their very nature are LESS specific and therefore CANNOT challenge the individual muscles that would otherwise get overlooked. In a person with any hiding dysfunction or muscular imbalance, focusing only on compound movements and ignoring exercises focused on specific body parts will almost assuredly encourage deeper compensation and worsen existing imbalances. So the author has no authority on which to base this particular claim. It’s simply biased, and I think it could actually harm many people reading the article who don’t know any better.

5 – YOU SHUN STRETCHING — WRONG!!! I can’t decide between this point and the previous one for the title of most incorrect claim in this article. Stretching has been shown to enhance recovery a TINY bit in SOME cases, but it is by no means a magical cure. Active recovery (moving around and keeping the muscles lightly working) is far better, and the research shows it. Stretching can apparently improve muscle range of motion, though the mechanisms through which it operates are not actually understood by most of the people who encourage it (not surprising). I think there are specific times and places to stretch, and outside of those specific scenarios it simply shouldn’t be done.

What was she THINKING???

5 – YOU SHUN STRETCHING (CONTINUED) — The author also mentions how simply lifting weights will increase risk for injury. I have seen no evidence to support this, and in fact, proper resistance training can stabilize joints and PREVENT injury. It’s all in the execution. And finally, the claim that stretching somehow gives muscles more “room to grow” is simply preposterous! It makes me question this woman’s basic understanding of anatomy and muscle physiology, as that’s simply NOT how muscles work. You don’t magically get less flexible by lifting weights, and you don’t magically have more room to grow by stretching. Muscles have the room that they have, and outside of specific pathological scenarios like when there is significant scarring, etc., nothing will occur that will change that available space. Outside of surgery, you’re not going to alter the length of a muscle. Its attachments are fixed in place (AS THEY SHOULD BE!!!)

6 – YOU ONLY EAT SPORADICALLY — Another myth. While not eating for extended periods of time can EVENTUALLY slow your metabolism down, a few hours won’t have much appreciable impact on your resting metabolic rate. The idea that you need to eat every three hours somehow worked its way into popular “fitness” culture a number of years ago, and it’s been lingering like that last awkward guy at the party ever since. You know… the guy that nobody even remembers inviting??? Think about it. If going three hours without eating significantly slowed your metabolism and then caused the subsequent meal to be stored as fat, then how catastrophic must breakfast be when you’ve been sleeping for 6-8 hours and potentially fasted for 9-10 or more?!? It just doesn’t make good logical sense, and it’s not supported by the science. Eat whenever you’re hungry, don’t ignore the signals, and try to balance nutrients in a sensible ratio when you do eat. Just smartly plan a little extra around your workouts, and you’re probably golden. No need to be a slave to an unrealistic and biologically non-beneficial “every-three-hours” schedule.

7 – YOU RARELY ALTER YOUR ROUTINE — This is basically sound advice. But it should be noted that, while variation is needed over time (altering intensity, speed, weight/resistance, or range of motion, etc.), it must be planned and have a purpose. Randomness for its own sake is a recipe for disaster. And this whole “muscle confusion” thing that P90X and other similar exercise programs out there spout is a farce. Muscles don’t get “confused” by randomness in the way that people selling those things would like you to believe. There is unaccustomed challenge, but calling it “confusion” is missing the point entirely.

8 – YOU ONLY TRAIN WHAT YOU SEE IN THE MIRROR — This is a big one that I have to agree with the author on. Especially seen in novice lifters who like to worry about the “sexy” muscles that they think about. With no appreciation for all of the players on the team, you’re bound to develop some issues sooner or later. If you’re lucky, the imbalances will only manifest aesthetically. But in worse cases, they could lead to asymmetries that cause injury and abnormal joint wear. Also, while the author seems to imply that most of the inappropriate focus gets placed on the front of the upper body (neglecting the legs and back), I’ve seen many people who do the opposite. There’s a lot of “leg worship” out there, and it can be just as problematic if not handled properly.

9 – YOU DON’T DRINK SHAKES — Skipping a shake isn’t necessarily a problem if you still get prompt nutrition in a proper ratio after a workout. Shakes are seen as good, because they’re usually put together in such a way that the essential carbs and amino acids needed for proper muscle repair and growth (as well as glycogen replenishment) are easily accessed and absorbed by your body. So yeah, they’re convenient. But it’s wrong to say that shakes are NECESSARY. The MOST important thing is just making sure that you get something that your muscles like soon after the workout. It’s the wait that kills your gains (waiting an hour or more post-workout can put a serious dent in the growth you’re hoping to see). So make sure you eat something. A shake may be the best option, or it may not. It just depends. Just make sure you get the carbs and protein you need SOMEHOW!

10 – YOU DON’T GET ENOUGH REST — I have to agree with this one for the most part. Lack of rest can kill your progress and lead to injuries, not to mention making you irritable and just plain tired (which kills the intensity you’re able to bring to your workouts!) Sleep deprivation can disrupt hormones like GH and cortisol, as the article says. The only issue I have here is the claim that working out every day will also kill your gains. This depends on a variety of factors, the biggest of which is probably the training status of the individual (closely followed by the nutrition/supplementation status). Some people can handle it just fine, while others will certainly break down and go in reverse. It’s just not right to make a blanket statement. Too many people DO get gains from working out that much, but it’s all dependent on how well trained they are and how smart they are in going about it.

As I said, this was just an attempt to clear some things up!

So there you have it… my quick little point-by-point analysis of the article detailing where I think the author was correct and where she was a little (or a LOT) mistaken.  One could certainly go into MUCH more depth than this if desired, but I just wanted to highlight some of the biggies that I thought needed attention for the semi-casual reader.  It’s important for anyone with significant play — such as this lady who’s writing articles for Men’s Fitness and, as of this posting, has had this particular piece shared on Facebook about 19,000 times — to be careful with the statements they make.  We as fitness professionals have a duty to be accurate and nuanced in the way that we share information with our clients and the public.  I feel that this article in Men’s Fitness fell short of that goal.

I’m not trying to demonize Ms. Cosgrove, as I’m sure she has done a lot of good for a lot of people.  But regardless of the person, I will call out errors where I see them in an attempt to help at least ONE person better understand what’s being said out there.  If anyone benefits even the slightest bit from my efforts, then they’re not wasted.

On a final note, I don’t claim that my views should be taken as gospel, and I encourage you to challenge any of these points by looking into the research yourself if it strikes your fancy.  While I know a decent bit, I’m still learning more about this stuff EVERY DAY.  You might come across something that would even surprise me, and I hope you’ll share it if you do 🙂