Back in the Saddle: Perspective is KEY!

Hello readers (it SHOULD be plural, right?)

First I want to say that I’ve been away from blogging for far too long.  It wasn’t really by choice.  I had a number of job-related issues come up that took all of my attention for the past few weeks.  But you don’t want to hear about all that, and it’s not why I’m writing anyway.

Aside from finally having some time to write, I decided that today was a good day to put up a new post partly due to an unsettling trend I’ve noticed.  Namely, it’s the new trend of being an online health expert.  What do I mean by this?

I have to admit, some of us fake it well…

I’m sure we all have a friend or two (or in my case, dozens) who think that they are in a position to dole out advice on everything from how weight lifting makes women look manly to why this organic supplement will keep you trim.  While these people usually have the best of intentions — and I say “usually” since there are always the ones who try to peddle some supplement line or training DVD — they are not qualified to give even the most BASIC advice.  Is your aunt in any way educated on human physiology?  Could your buddy in the gym describe the shape of a hip joint, much less explain in detail how it functions?

Maybe I have high standards, but it seems a little idiotic to listen to the “facts” (read: misinformed opinions) of people with little to no education in exercise and nutrition!  But we do it all the time.  Someone is attractive or somehow has a persuasive manner about them, and we let them tell us whatever we want to hear.  We choose to listen to talking points and sound bites instead of doing our own research or asking the person to further explain their point of view.  But we must understand that, unless we do this, we are setting ourselves up for failure.

Now I would hope that anyone reading this is intelligent enough to know better than to buy a product just because it contains some impossible-to-find, homeopathic, all-natural, prestige, gourmet, mother-approved, tax-deductible extract made from a baboon’s ear wax!  Many claims are obviously bogus.  But others are far more insidious and may pass as legitimate to the casual observer.  I won’t go on a rant today pointing these out (though that might be a good idea for a future blog), but just realize that there are more too-good-to-be-true schemes out there than you can possibly imagine.

I’m gonna be saying this A LOT…

So how can an average person sort out all of the B.S. from the facts?  While there are no sure-fire ways to catch them all, I CAN offer a few guidelines:

1.) If it seems too good to be true, it probably is. — Of course I’d put this at the top.  This will help to wake up your inner skeptic before things get out of hand.

2.) Fad diets/exercises come and go, but scientific progress tends to show more consistency. — This doesn’t mean science isn’t wrong at times.  It means that we only have the existing body of research to help us to figure out what might really be effective (versus some new product that will just make a guy a quick buck).

3.) If we want to badly enough, we’ll believe anything! — We all like to think we’re beyond this, but reality seems to suggest otherwise.  Most people are very susceptible to the power of suggestion, whether that comes from themselves or someone else, and we need to be aware of this fact and temper our decisions accordingly.

4.) Nutritional supplements aren’t regulated by the FDA! — Essentially, this means that product manufacturers aren’t required to list everything that is in their supplements.  Moreover, they can make outrageous claims about the effectiveness of their products without much fear of reprisal, since there isn’t a massive agency actively investigating them.

5.) Learn to do your own research.— It may not be sexy or glamorous, but sometimes the only sure way to get the answer you seek is by digging through some research articles.  Barring that, though, you can still get a good bit of info by consulting a number of experts in relevant fields and reading from major health/fitness organizations (CAUTION — even the big groups get it wrong sometimes!)

6.) Be wary of any “expert” who doesn’t do #5!— Anyone who’s trying to convince you of something should be able to back up the claims that they make.  This means actually citing scientific research and logic instead of their own beliefs.  We live in a world filled with gym science, prejudices, misconceptions and half-truths.  If we’re to make any sense of it, we have to start dealing in facts without letting our feelings get in the way.  Which brings me to…

7.) Bias is EVERYWHERE!!!— Most of the exercise “rules” that you’ve probably heard, particularly if they have come from a source other than someone who is very educated in the field, are the result of bias.  Sometimes it’s subconscious, and sometimes it’s not.  But to some degree, many of the decisions we make are largely the result of emotional attachments or aversions instead of reason.  The next time you hear advice from someone, try to figure out if they are basing guidance on their knowledge or their feelings.  I’ll explore this more in the future.

I could rant on about this, but I’ve already probably bored you to tears.  So let me wrap up by simply saying that the world is full of lies and misconceptions.  And the sad truth is, there usually won’t be anyone around to help you sort it all out.  The best tool you have is between your ears, and you’re gonna have to use it a lot if you want to avoid falling into the traps that so many people do.  That’s a big motivator for me as I write this blog.  Namely, to dispel what myths I can and shed a little light on things for anyone kind enough to read.  So until next time, keep learning and keep your eyes open.

While I haven’t been in the industry as a Personal Trainer for a terribly long time, I have spent years dealing with them and talking to people who hire them.  They, much like their clients, come in all shapes and sizes.  They come from all backgrounds.  But I’ve been noticing one thing that seems to be a little too common for my taste — the “salesman” mentality.  Namely, these people worry a little too much about selling a product and not enough about helping their client. 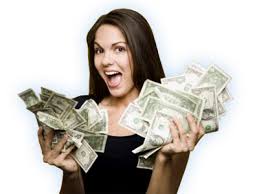 Too many trainers think of this before anything else.

“But Geoff, trainers have to make money, too!  They’ve got to sell themselves… right?”

Yes and no.  While every person has the right to pursue a reasonable income and to be compensated for their expertise, there are certain lines that should not be crossed.  During most certification processes, trainers are taught to find ways to sell themselves and their services by being open and direct.  I have no problem with this.

But some people are a little too aggressive about it.  Certain trainers focus too much on stretching out the number of sessions from their clients in order to squeeze more cash out of them.  That, in my mind, is crossing one of those lines I was talking about.  When the transaction involves a person’s health and well being, we have an obligation to provide the best service we can to that customer.  Doing any less is akin to a doctor’s constant referrals for extra examinations and continual future visits when he or she already knows the solution to the patient’s ailment.

In the medical industry, this would be seen as blatantly unethical and would cause a public outcry.  Why not in the exercise industry???

Furthermore, some trainers commit an even worse violation.  They may try to sell other products, often nutritional supplements and other related packages as a work-from-home scheme for more money (think the Mary Kay peddlers of the fitness world).  Nutritional counseling is outside the scope of personal trainers’ expertise.  Let me repeat that:

Nutritional counseling is BEYOND the scope of a Personal Trainer’s education!!!

By law, a trainer is not allowed to prescribe any sort of diet plan to a client unless that trainer also holds a license as a dietician.  Many professionals get around this by simply “suggesting” certain products.  While that might cover the trainer in a legal sense, it does nothing to protect the client.

Also, think about this — a client who already has invested money in a personal trainer is a POWERFUL captive audience!  They might think it’s reasonable to assume that they can get diet advice from their trainer as well, since they have a paid agreement and the subjects seem to be related.  The trouble is that many clients won’t see a problem with taking whatever their trainer tells them as gospel.

This is NOT a real product. Though many trainers would have you believe it is…
-(Courtesy of Warner Bros.)

If a fit-looking personal trainer offers an impressionable client a bottle of “magical glacier water” for an extra fee, they might actually be able to sell it.  That person may not know any better — if he/she thinks MJ’s Secret Stuff will help to get rid of those love handles, the credit card comes flying out!  Too many trainers are not only fine with doing this, but they are encouraging other trainers to do the same to “increase their cash flow.”

A note to everyone out there: This is misguided.  This is unethical.  This is wrong!

Any trainer who willfully gives a client the impression that he or she has more expertise than he/she actually does is violating the trust established with that client.  Any person seeking a trainer should be wary if they try to push other products on the side instead of focusing on just being a good trainer!

Sorry for the rant, but this is another thing that needs to be said.  It’s important for everyone to realize that certifications, while not perfect, tend to exist for a reason.  If a person cannot convincingly explain why he or she is a qualified expert in a field, then that person’s advice should be taken with a big grain of salt.

So take care of yourselves, and always make sure that anyone giving you advice has YOUR BEST INTERESTS at heart.  Live well, and be smart!